I covered my travels around the Battle Hill, Clashmach and the Bin in part one of Four peaks one week post which you can read here.

Next it was time for some recovery. After all, the body takes longer to recover as it get older. And I’m now a year older than I was two weeks ago.

Rest day #1 was a follow up appointment with my consultant who tells me all is going well.   And on Thursday I decided to take it easy. I was still tired from my cycling earlier in the week. Perhaps that was something to do with trying out my new turbo trainer the previous afternoon.

As I was pondering the world on Thursday afternoon, I had a lightbulb moment. I realized that I’d done 3 of the 4 local hills. The old school rhyme came into my head and the decision was made. On Friday morning I’d take on the Bahill.

Friday morning arrived, welcomed in by colder weather and rain. That didn’t deter me from my challenge.

The Bahill is short sharp climb of about 1.5 miles and an elevation profile of approximately 100m. It’s a tarmac road, but in a bit of a state with quite a few large potholes and uneven surface. With only three crofts at the end of the road it hasn’t been resurfaced for a number of years. 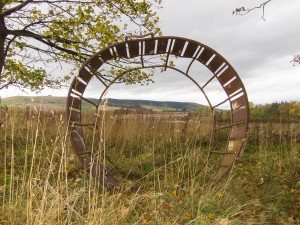 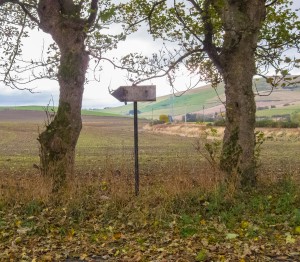 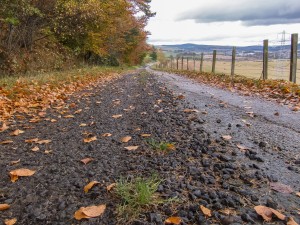 I’d cycled up there earlier in the year as part of the re-opening of an old track which connects Huntly to the backroad to Gartly. Its labelled on Google Maps as an old military road.

The track had lain in disuse for many years. Thanks to the hard work of volunteers from the local development trust it was re-opened at the beginning of April.

As the route is mostly tarmac road I decided to take the road bike. If truth be told, it’s actually a cyclocross bike. I’m pretty sure I’d break a proper road bike very quickly. They don’t survive being ridden over potholes, on farm tracks or hopping up kerbs.

As I started off from home , I rode at a gentler pace instead of trying to go all out. In the last few days I’d learned to take it easier and change my breathing technique to cope.

Breathing using the diaphragm oxygenates the blood more efficiently than just using the lungs. This works well, but I can still go into hyperventilation if I push too hard.

The cycle up was pleasant and uneventful. I didn’t say easy though. I was still huffing and puffing on the climb.

I manged to get to the top without any issues, stopping to take photographs at the bench near the top. As teenagers we used to come here to hang out and watch the world go by. Simpler days. 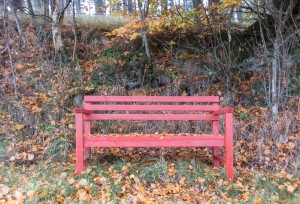 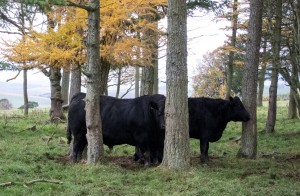 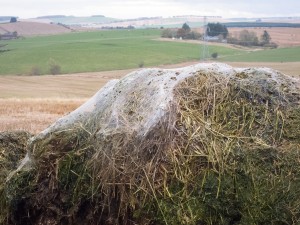 As I wasn’t over-tired, I kept cycling along the farm track, eventually coming to a stop at the entrance to the old walking track. There were some monster of spiders’ web on the muck heaps, and also a few menacing looking bullocks along the way. Thankfully there was a fence separating us.

I sat there for 5 minutes before heading back down the hill. I expected high speeds but was a little disappointed when it didn’t happen. The incline seemed much gentler on the way down that it was on the way up!

I bumped into a fellow cyclist and got chatting about bikes, winter cycling and life in general. She was walking pretty fast and I had to stay the bike to in order to keep up. Pretty soon we crossed the busy A96 and headed back into town.

I’ve learned a lot about recovery this week. Small step are what’s needed. If you’re expecting giant leaps forward you’ll only disappoint yourself. Similarly don’t compare yourself to others, or to yourself before you had the surgery / illness. All you’ll end up is being very frustrated. 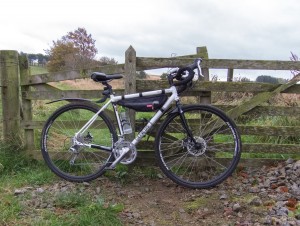 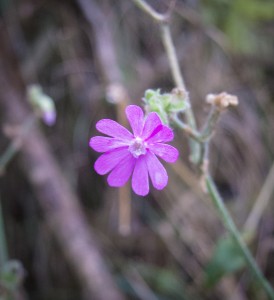 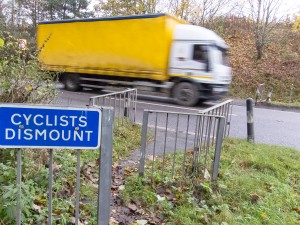 I’m delighted that I manged the four peaks in one week. My next challenge is to do all four in one day and on one bike. Anyone up for joining me ?