Four peaks, one week sums up my cycling activity over the past few days. But I have to admit , four peaks is probably stretching things a good bit. The peaks are really the hills that encompass my home town, but cycling them this week they felt like peaks to me.

The names of the hills are their encircling position are described in the following rhyme taught to everyone at the local primary school: “The Bahill, The Battle hill, The Clashmach and The Bin. They all form a circle and Huntly lies within”.

And at secondary school we were taught these hills caused a local microclimate. I’m skeptical on this point. We live in Scotland where the weather is unpredictable. We can get four seasons in one day, even in summer.

My first bike outing was on Sunday afternoon with my biking buddy Mark Smith. I’d arranged this as an assessment of my cycling fitness after surgery. It was also a make or break as to whether I’d keep my full suspension mountain bike or whether I’d sell it.

Since getting out of hospital I’ve been struggling when cycling even moderately hard around town and had been contemplating getting an e-bike for off-road use. The local development trust have a few of these to hire out.

So off we headed, around the Bin hill on the Cleanbrae short loop. Its about 7.5 miles door to door, with six fairly steep climbs. It was a gorgeous, sunny afternoon. The skies were blue and there was no wind. I was fully equipped with sunglasses, backpack, water and inhaler. I was raring to go.

It was every bid as difficult as I had imagined. I had to stop frequently on each climb, sometimes two or three times.  I reached hyperventilation point easily and long before my legs gave out. It was not enjoyable. I was disappointed in myself. 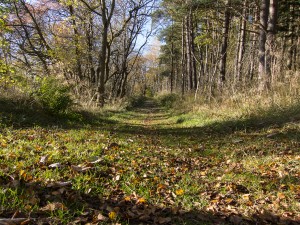 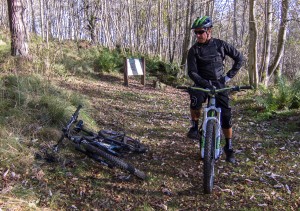 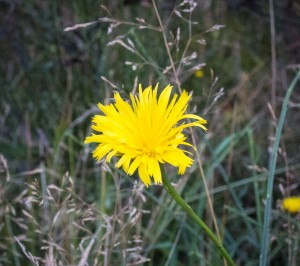 A good night’s sleep lightened my mood the following morning. It also helped that I woke up to another warm sunny day. If I didn’t know any better I would have said it was the middle of summer. I got the important tasks out of the way and made the decision to tackle another local hill.

Off I went to the Battle Hill or “The Battle” as we call it. This hill is one of my favorite places and I’ve been coming up here since I can remember.  It’s short loop of 1.5 miles with a network of paths through woodland and has a nice fast end section. I usually do several loops, but planned on doing two today.

It also has a community built Swedish style hut in the middle where I love to sit and enjoy the serenity and beauty of the place. I’ve often camped there.

I chose to take my hardtail bike to see if that many any difference.

It was a lot easier going. But I soon noticed it wasn’t just down to the bike. I managed to get up every hill, albeit out of breath, but I managed. Yesterday’s outing seemed to have been beneficial for me physically and also mentally.

Cycling around the Battle Hill revealed the stunning autumn landscapes. The sunshine warmed my skin and gave the surrounding woodland a nice golden glow. For the first time in 9 weeks I felt normal. Not just normal but good.

This was the turning point. I felt progression. I felt enthused again.

I stopped at the Swedish hut taking in the view and contemplating life in general. I stayed there for almost an hour basking in the sun, before finally making my way down the speedy sweeping single track section and along the tarmac road to home. I had air of happiness about me.

Tuesday morning saw a glorious start to the day. I looked out the kitchen window at the Clashmach and decided I was going to reach the top. It would be a difficult challenge but the previous two days has shown me that I can mountain bike again.

The clashmach is not a long cycle. Once you arrive the access road from town it’s probably about 1.75 miles up. The accent is steep at approximately 250meters.

I managed to cycle up the first part which is a tarmac road. It was then a case of pushing the bike up the remainder of the overgrown path. A far cry from two years ago when I cycled all the way to the top.

Stopping every 100 meters or so allowed me to not only catch my breath but also to enjoy the surrounding. Things like the spiders webs in the dewy grass, the birds singing and a surprising large amount of flies for the time of year.

It took an almost an hour to walk up. But it was enjoyable.

At 350m above sea level I had a clear view as far as the eye could see. Nothing appeared to be higher that where I was standing. I felt like I was on top of the world. The sky was blue and the sun was shining. What more could you ask for on a November’s day.

I stayed there enjoying the stunning view and solitude until the sun started to set. It was rapidly getting cold and I wanted to reach the bottom before it got completely dark. I wasn’t equipped for an overnight stay, planned or unplanned.

The run down was fun and full speed in between gated sections. I managed to reach almost 40 mph. Not bad at all. However I did get soaked with the dew being thrown up from the wheels. It was a small price to pay.

I reached the bottom of the track with a huge grin on my face. Feeling that normalness again and forgetting that I still had a fairly large part of the journey to go before making a full recovery.

Switching on my bicycle lights and pedaling home, I made the decision to keep the full suspension bike. Today marked a major achievement.