Home » Life » In Search of Tigers

It’s been too long since I posted my last blog. Yes, the weather has played a part.  Its been rainy and frosty and well not the nicest.  And January is always a bad month.  It seems to drag on  forever. I felt like I‘d lost my mojo for writing.

However,  last week I took part in something I’ve never done before.

I went out to catch tigers. 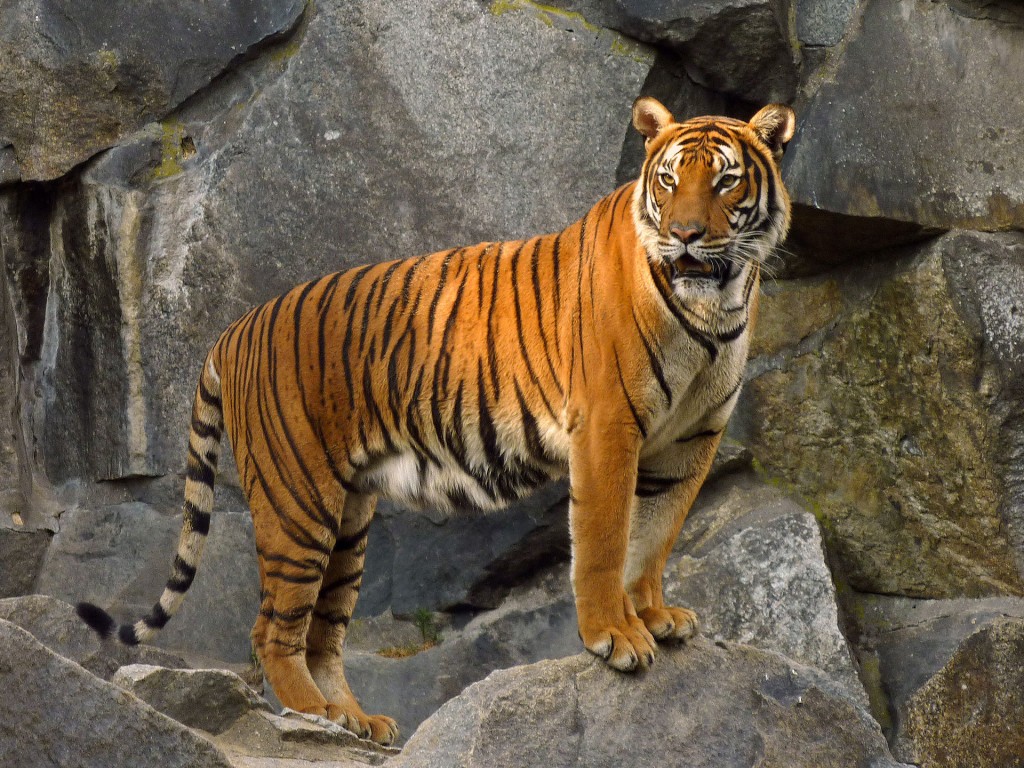 For my international friends, this translates to “What are you speaking about. There are  no tigers near Huntly”.

And you’d be correct if you’re thinking of tigers as in a member of the Panthera Tigrus family.

You know,  the tigers portrayed in films and Roald Dahl’s “The Jungle Book”.  Big,  powerful, stripey, orange beasties that would eat you as soon as look at you.

The tiger I’m talking about is Felis Silvestris Silvestris. The Highland Tiger, otherwise known as the Scottish wildcat.

I met James Walker of Scottish Wildcat Action on a typical winter’s morning.   The air was crisp and the frost had lain for the past few days.

There was nothing unusual about the weather but the manner of our meeting could easily have been a scene from a spy movie.

I had no idea who I was meeting.  Only that I was meeting ‘ someone’  at a pre-defined location in Huntly, who would then take me to a secret location. There we would set a trap.

I was told ‘meet in-front of the Gordon Arms Hotel’.  There was only one other person in the square when I arrived.

I introduced myself and fortunately was speaking to the right person.  I had guessed as much as James didn’t look much like a Bond villain.

Just as we were leaving though, James disappeared and came back with a large rucksack and some wooden stakes. These are tools of the trade when  you’re hunting the Highland Tiger.

The plan was to drive to the Bin and  and survey a number of possible sites for our trap. Plan B quickly replaced Plan A as the forest access roads were completly covered in sheets ice.

It was a long walk to get to our first potential site. It was also a good opportunity to get a better understanding of  the UK’s largest natural predator. 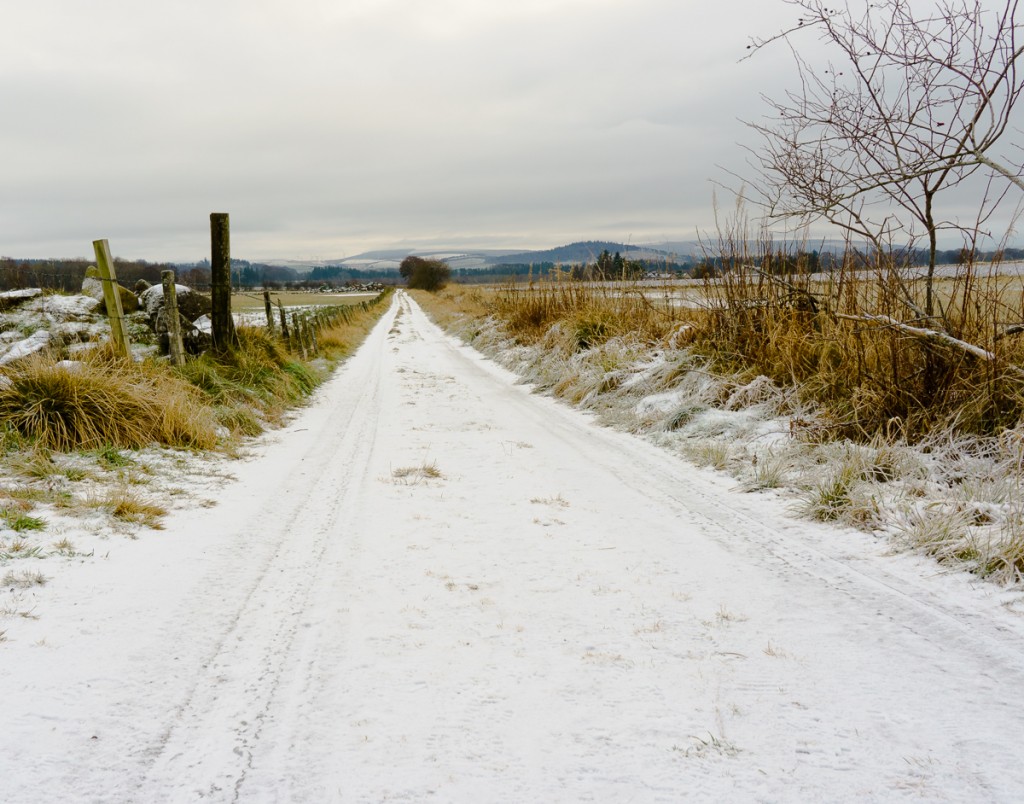 James explained that Wildcats are now found only in the Scottish Highlands. They’re elusive and shy creatures.  In 2013 there was just an estimated 100 remaining in the wild and are a critically endangered species.

Hybridisation with domestic cats, destruction of habitat, parasites and disease are the main culprits for the decline of this beautiful animal.

As we continued our walk through the forest, James went onto explain that Wildcats mate  between the months of January and March and roam much further in search of a mate  This has proven to be the best time to capture these rare animals  on camera.

He also showed me the typical type of habitat that the cats prefer. Usually brush at the edge of treelines as this tends to support rabbits, voles and other small mammals that the cats hunt.

It took a while to reach our final stop.  Indeed it felt like we had walked to Keith.  On the way we passed frozen ponds and landscapes that could have been straight out of “The Lion, The Witch and The Wardrobe”. The child in me was half expecting to see Mr. Tumnus or Azlan. 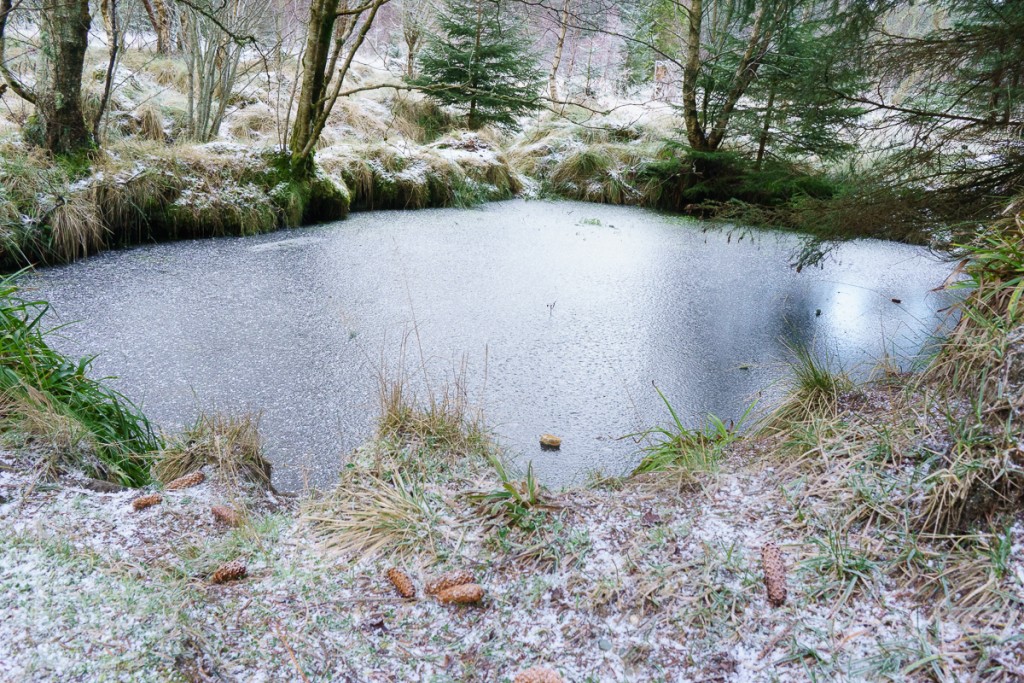 Once satisfied that our chosen location had Wildcat potential we set about laying our trap.  The trap is actually a camera trap consisting of 4 separate elements . Each playing a critical part.

A wooden pole is driven into the ground and salmon oil is placed on it. The pole has Velcro strips so  that hair samples can potential be gathered. 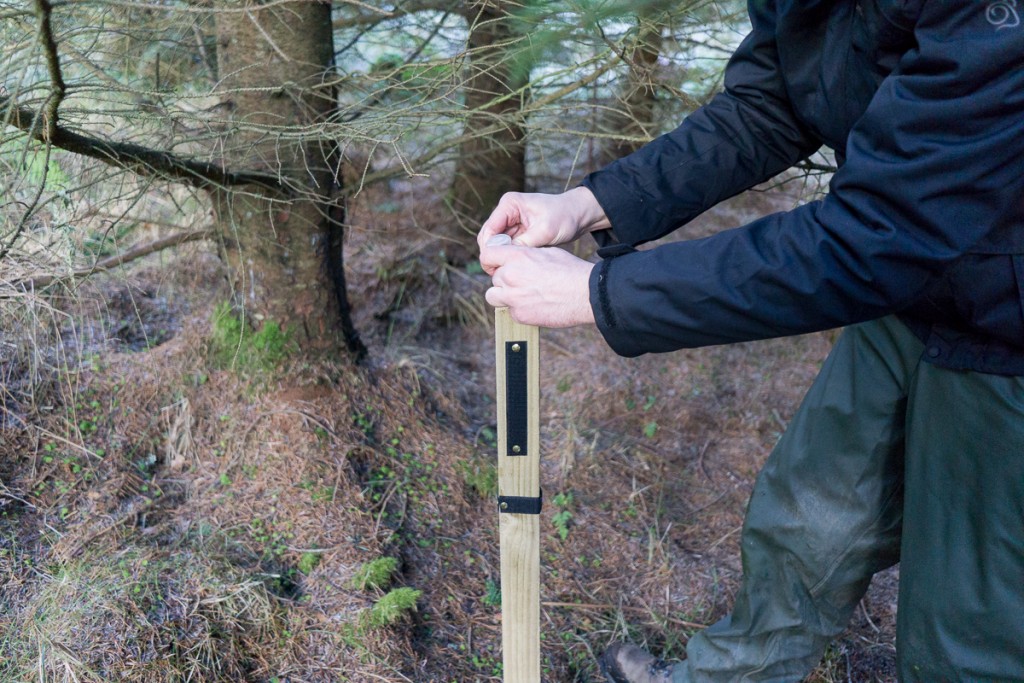 Above the pole, a pheasant wing is suspended from a nearby  tree. This is a visual stimulus for the cat to reach up to and hopefully leave hair samples.  Bait is then tied up on a tree next to the pole. Typically quail is used and if it’s a bit rotten it’s even better.

Finally, the camera is placed to capture images of any wildlife that wanders into the trap area. The camera is both motion and heat sensitive which increases the chance of capturing wildlife images. 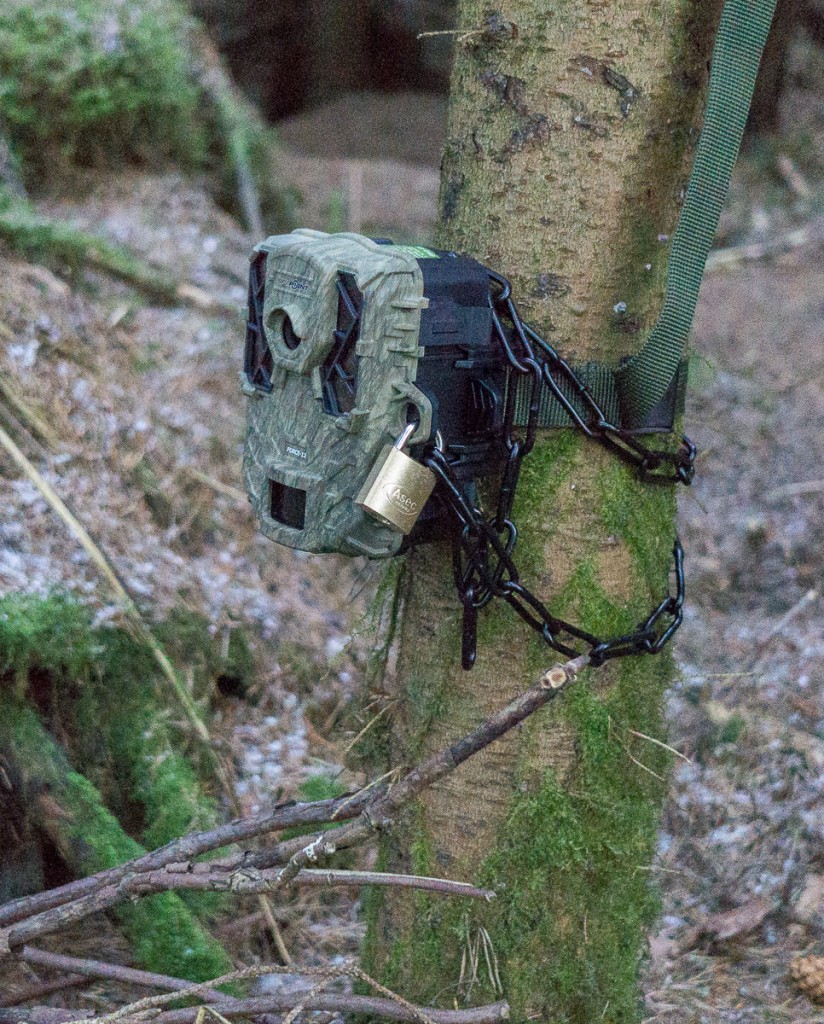 We tried a few test shots and were satisfied with the result.  Just as we were about to leave I spotted a magical scene in the  middle of the thick forest. I went over to get a closer look. You can see it in the photo below. It always amazes me where you find a great photo. 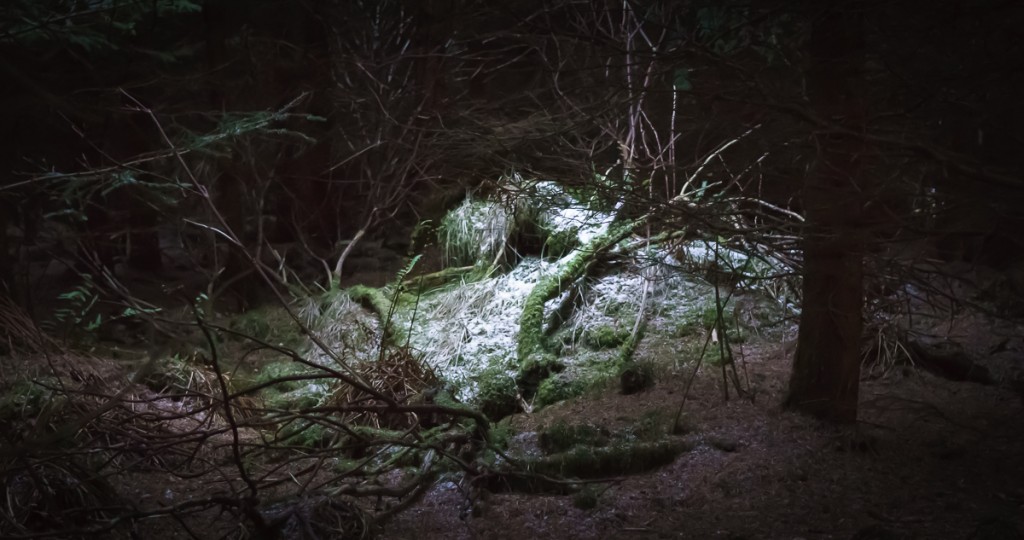 After fighting my way back through a wall of dense branches, we  packed up to begin our long walk back to civilization.  It was my turn to do some talking now.

I’ve been fascinated by wildcats ever since I saw my first one when I was about 5 years old. My grandparents lived at the Bin cottages next to the quarry and I used to stay with them almost every school holiday.

Out the back of their house was a path that led into the woods. It ran alongside a burn which had small pond. The pond had newts in it.  It was during my exploration of this wooded area that I stumbled on a wildcat.

To a small boy it appeared as big as a tiger. It spat, growled and fluffed itself up.  I think I ran away before it did.  Wildcats were quite a common sighting back then.

This behaviour when cornered has given the wildcat  an undeserved reputation as being a furball of fury, who attacks when crossed.

Up until about 1950 it was considered to be man killer.  I have no doubt it would shred your hands and face  to bits if you tried to pick one up, and only a fool or highly trained wildlife expert would try.

I think that first encounter set me up as a cat person. I’ve had several tabby cats over the years and I’m sure one of them was a Wildcat hybrid.  It definitely behaved like one. Sometimes I had to wear thick leather motorcycle gloves to take her into the house

I’m looking forward to my trips to re-bait and check the camera over the next few weeks. Hopefully I’ll have some Wildcat photos for future blog posts.

8 thoughts on “In Search of Tigers”