For the past few weeks I’ve been religiously tending my Highland Tiger trap.  Every second week I visit the camera site to change the bait and SD card.

Preparing the bait is not for the squeamish though.   You’re supplied with whole frozen birds.  And by whole I mean feathers, feet, heads, wings and guts.  For me this is not a problem. In my younger days I’ve had to gut and clean numerous beasties including rabbits and pigeons.

As the trap is baited with half a bird, the biggest challenge is halving  the birds.  Cutting a fresh bird is fairly easy.  Cutting a frozen bird is a completely different story.

Unless you’re blessed with the butchery skills of a Forbes Raeburn employee , you will struggle cutting a frozen bird with household knifes. Not only is it near impossible, you are likely to do yourself a serious injury.

The solution was fairly simple.  A few minutes in the microwave , a quick risk assessment, some common sense and  a serrated knife.  Voila! you have a half bird that even Paul Daniels would be proud of.

I must admit I was pretty excited about visiting the camera trap.  The child in me couldn’t wait to see if I’d capture any wildcat images or indeed any images at all.

Alas the weather put a stop on the scheduled day. And the next.

As much as I love being outdoors I was not prepare to cycle or even walk the few miles to the trap. Scotland was being battered by severe winds and rain.

In my childhood this was called a winter’s day.  Today we call these storms and give each storm a name.  Good luck to the Met office on not running out of names quickly.

My decision proved wise. When I did venture to the out, there were trees and debris strewn all over the place.

Eventually I arrived in the vicinity of the trap . The difficulty now was remembering where to cut off from the main track and into forest itself.  It had been two weeks since my initial and only visit.

I had memorised some of the features around the area and soon found my way to the correct location. With baited breath I walked the last few yards to the clearing.

Disappointment.  The bait was still intact. Nothing had even looked at it.

I checked the camera and could see a couple of images with wildlife on them. However the screen was too small to see any detail.

So I baited the trap, changed the SD card and started to make my way back home.

Reviewing the images on my compute later, I discovered some did contained deer.  But alas no Wildcats.  I consoled myself with the thought at least I had captured some wildlife.

My 15 year old son wanted to get involved.

If you’re the parent of a teenager, you’ll know that spending time with their parents is near the bottom of their priority list.  So I welcomed the opportunity to spend some time with my son.

The woodland trails were covered in ice and melting snow.  It was decidedly treacherous for cycling. So we walked and had an enjoyable chat on the way there.

This time I had no difficulty in remembering where to turn off.

As we followed the deer path into the woods I spotted human and dog footprints. Then just dog prints.  My son asked how I knew this.  I simply replied “I watched grizzly Adams when I was a kid”. He looked at me slightly puzzled.

When we arrived at the trap the first thing I noticed was the flesh had been stripped from the bird leaving only the bones. I checked the camera and sure enough there were images of two dogs trying to eat the bait.

I cursed at the dogs for eating the bait. But what else is a dog going to do if you offer it a free lunch ?

I changed the bait and SD card and we headed back to Huntly.

It wasn’t until I checked the photos a few days later that I realised that the dogs had only eaten part of the bait.

During the four days following the dog incident nothing had triggered the camera.  Then the next image taken showed the bait completely stripped of flesh.

Was this a case for Mulder and Scully  ?

Apparently not.  When I called Emma Rawling of Scottish Wildcat Action she told me that several volunteers had seen this at their locations.  “It’s probably small rodents or birds that are too quick to trigger the camera.” explained Emma. 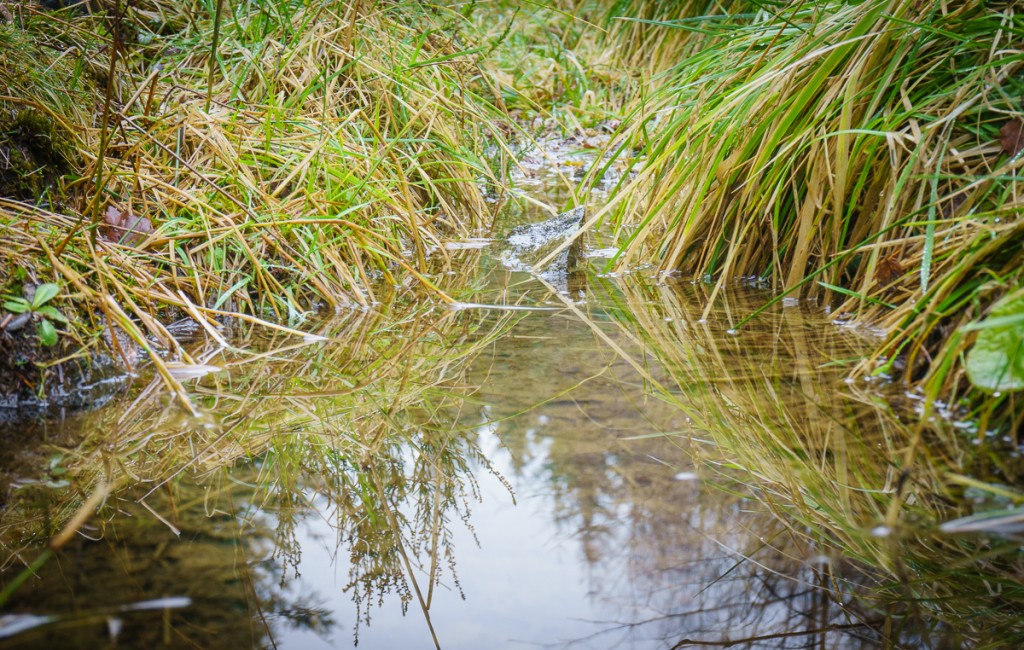 This was visit number three. I choose to walk rather than cycle as planned. I’ve discovered that I see a lot more when walking and I actually enjoy it. Walking also allows me to indulge in photography along the way.

When I reached the trap the bait was gone. The attractor wing was also gone.  “Yes. Result”,  I  thought to myself.

I went to check the camera and realised I had forgotten the padlock key.  Without the key I couldn’t unlock the camera to change the SD card or even review the images.

That morning I had decided to travel light and take only the bare minimum of stuff with me.   I chose to leave the folder with the camera instructions at home. Turns out it also contained the padlock key !  Lesson learned. 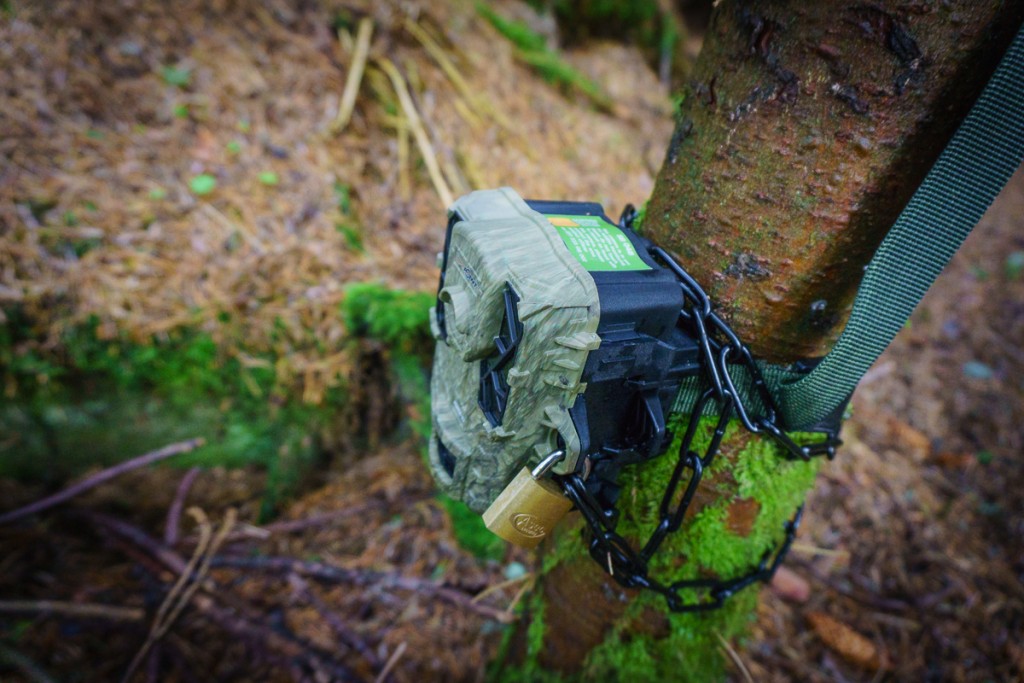 A good  hour or so later I returned. This time with the padlock key firmly connected to my house keys.

I checked the camera and sure enough the same two dogs could be seen around the bait.

However, this time I looked at the remaining photographs before making a judgment. There was definitely other wildlife present.

I changed the bait and SD card.  I also improvised in making another attractor using the birds head.  I tied it onto the tree where the wing used to be. I tested the camera and made my way back to the main forest path

I couldn’t wait to get home.

On checking the captured images I had a variety of wildlife. A badger, dogs, deer and a pine marten. But still no wildcat! I was happy though.

The pine marten is an ingenious creature. It visited about 4 times over the two week period.  You can see in the image below how it manages to find a way onto the branch and pull the bait up so it can run away with it. 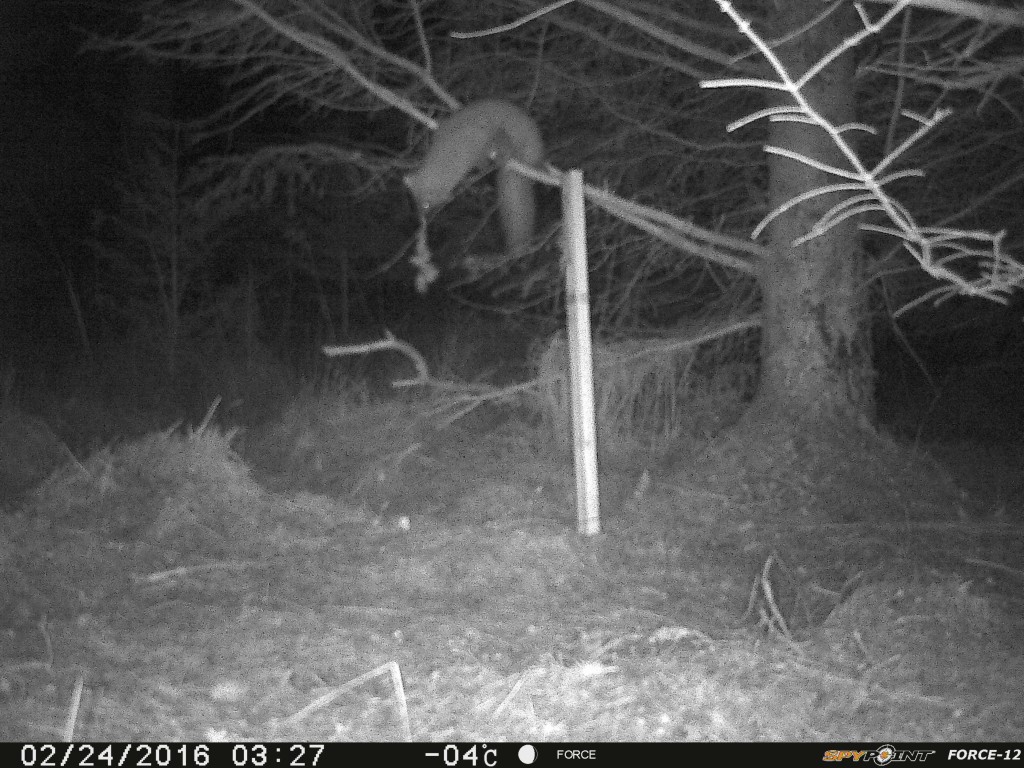 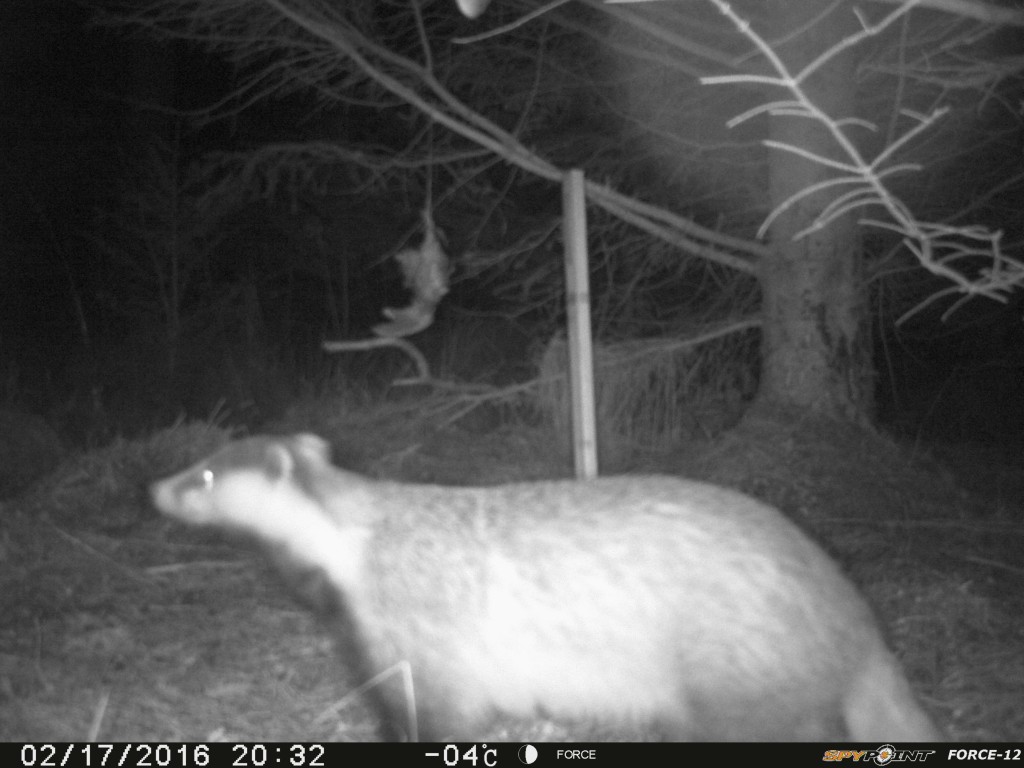 A badger passes by

This has been a very enjoyable project.  I’ve been able to get extended time out in nature, enjoyed walking and  spent time with my son.  At each successive visit, my camera trap has captured more and more wildlife.  I’m looking forward to the next visit. Who knows, perhaps I will eventually catch a Highland Tiger.

One thought on “Free lunch for a dog”